Kazakh translation and translators from Kazakh to English

Some companies and sites offer price from 0.03 cents per word.
For this price they do Google translation and Kazakh college students check the quality of the translation.
Some "translators from Kazakh" do not even inform you that they do automatic translation.

But when you try to order standard quality translation - they ask standard price - 20-50 USD/EUR/GBP per page with 250 words.
We provide our customers best possible price for Kazakh-English translation and vice versa.

Hardcopy (printed on paper), printout, paper copy of CERTIFIED Kazakh-English or English-Kazakh translation can be mailed to any place.

Our translations from and to Kazakh are accepted by any commercial companies, government offices or public organisations.

We also provide translated documents from Kazakh to English:
- to municipalities and Town Hall to get marriage,
- to schools and universities,
- to immigration services.

About translators from Kazakh to English I'm a native Kazakh and English speaker, have an excellent wide experience of translator and teacher.

I have diploma of Kazakh Humanitarian and Law Innovation University, Philology, (Master of Philology).

I studied at University of Derby - professional course design and online teaching for adult education.

I can translate any documents, certificates, web pages, texts from Kazakh into English and from English into Kazakh.

Kazakh documents we translate to English

1. Kazakh language is spoken in Kazakhstan by more than 18 million people and 2 million in China (in the north of the Xinjiang Uygur Autonomous Region of China).

2. Kazakh language and Russian language are official languages of the Republic of Kazakhstan.

3. The Kazakh language (also called Qazaq) is part of the Nogai-Kipchak subgroup of northeastern Turkic languages. It is heavily influenced by both Tatar and Mongol and is classified as a Turkic language closely related to Nogai and Karakalpak.

4. The languages of the Kazakhs, Kyrgyz, Mongols and Uyghurs are so similar that they can easily communicate with each other.

5. Kazakh was first written only in the 1860s, using Arabic script. In 1929 Latin script was introduced. In 1940 Stalin decided to unify the written materials of the Central Asian republics with those of the Slavic rulers by introducing a modified form of Cyrillic. In 1992 the return of a Latin-based alphabet came under discussion, but the enormous costs involved appear to have stopped further consideration of the idea.

6. The emphasis falls mostly on the last syllable.

7. When designating the subject, not only possessive pronouns are used, but also possessive endings.

8. Another feature of the Kazakh language is the absence of prepositions, the meaning of which is conveyed by afterwords or cases.

10. There is no gender category in the Kazakh language. 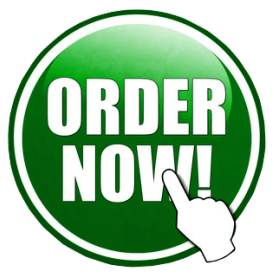